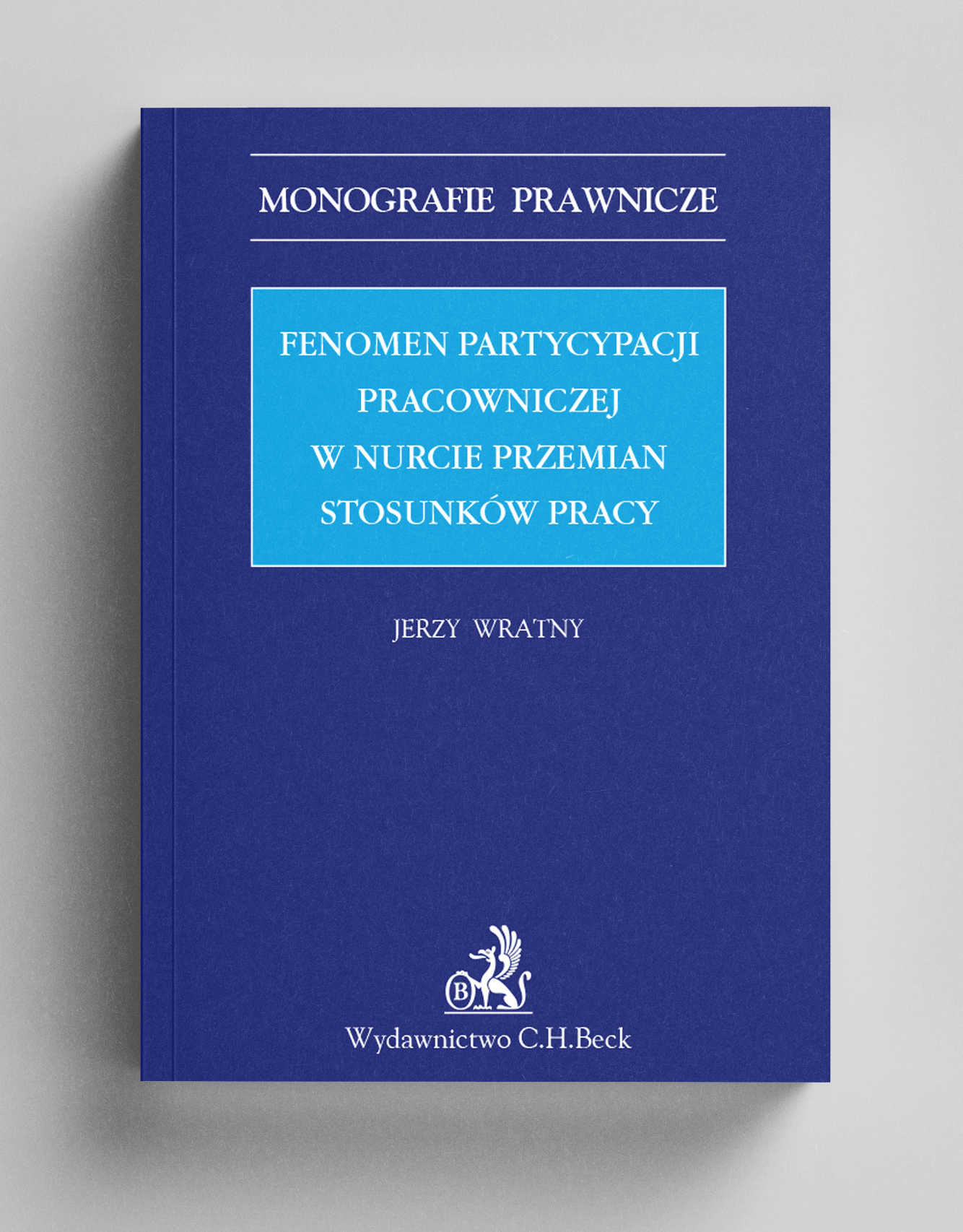 The author of the monograph extensively and thoroughly discusses the subject of employee participation in the context of changing labour relations in the 20th and 21st centuries against a comparative legal background. He emphasises the multilateral conditions of participation, in particular, and their profound impact on his sphere of interests, employees and employers.

The monographic approach to the topic has resulted in a discussion of all the key legal issues related to employee participation, including the evolution of its legal regulation in Poland. Here attention should be paid especially to an orderly account of the development of views and legal acts on employee participation under the influence of the Solidarity movement, in the process of privatisation of the Polish economy and in the wake of the implementation of European law. The multifaceted discussion of jurisprudence, enriched especially by the concepts of commercial law, provides the benefit of referencing the achievements of non-legal sciences which deal with the role of the human being in the labour process.

The author discusses the concept and ideological roots of participation, characterises representative participation and discusses its genesis and development. As a separate issue, he describes the development of representative participation in Poland. The publication also addresses the problem of equity participation and employee ownership. The author does not omit the theoretically and practically important issue of the role of trade unions in employee participation. He draws attention to the solutions arising from EU law, especially those which established works councils in the Member States as non-union bodies. He notes that both trade union representation and participatory bodies can use the same negotiating method in their relations with an employer, which is suitable both for conflicts and for participation. In his opinion, non-union participatory bodies seem to be better suited to the forms of businesses that prevail in a free-market economy.

Professor Jerzy Wratny remains faithful to the idea, which he proclaimed in his publications, of the ‘empowerment of the employee in the work environment’, and considers employee participation as a tool for this empowerment, which makes the employee ‘a co-manager of their workplace’.

We encourage you to read Professor Seredyński’s review, published on the website of the Institute of Civil Affairs.