The reform of misdemeanour law. Volume 1, ed. by Paweł Daniluk 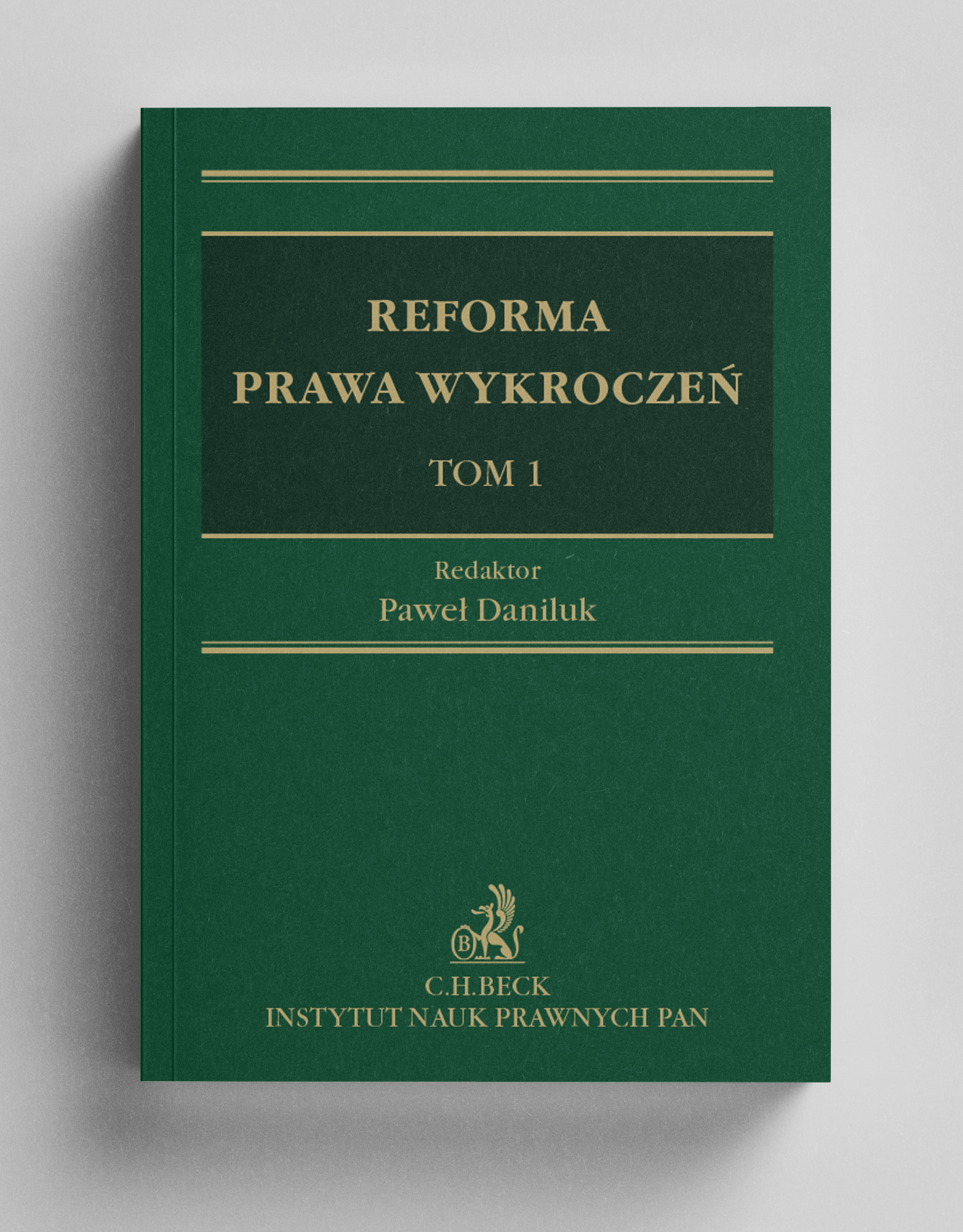 Starting from the idea that the petty offence law is characterised by numerous defects and requires changes, the authors of the publication argue that the reform of petty offence law should be considered on two levels: taking into account the socio-political realities and the legislative practice.

The considerations put forward in the publication, especially the proposals of changes within the framework of the current model of offence law (code and non-code) are of practical and applicative significance. Such changes are urgently desired, and at the same time possible to carry out now by amending the offence code and the non-code offence law (e.g. by removing dysfunctionalities and archaisms, adjusting regulations to the constitutional and convention standards and making the offence law and criminal law sensu stricto more coherent).

Chapter III: The principles of responsibility in the law of trespass includes analyses devoted to reforming those institutions or regulations that are traditionally included in the broadly defined principles of responsibility for trespass. The following chapters, IV, V and VI, contain reflections on the reform of penalties, penal measures and educational measures, respectively.

Next, Chapters VII and VIII contain comments on precautionary measures and measures related to placing the offender on probation in the system of offence law, respectively. Chapter IX: Rules for the Administration of Penalties and Measures of Punishment covers the issues pertaining mainly to the provisions of Articles 33–39 of the CP. Chapter X deals with the issue of registration of punishment for a misdemeanour. Chapter XI touches upon the statute of limitations and cancellation of punishment, while Chapter XII contains provisions clarifying statutory expressions. Chapter XIII reflects on the problem of the continued prosecution of acts that can be charged as either a felony or misdemeanour.

The publication is the result of the project ‘Reform of the Misdemeanour Law’ (No. UMO-2016/23/B/HS5/03616), carried out within the OPUS 12 competition by the team of Dr hab. Paweł Daniluk, Prof. of ILS PAS.